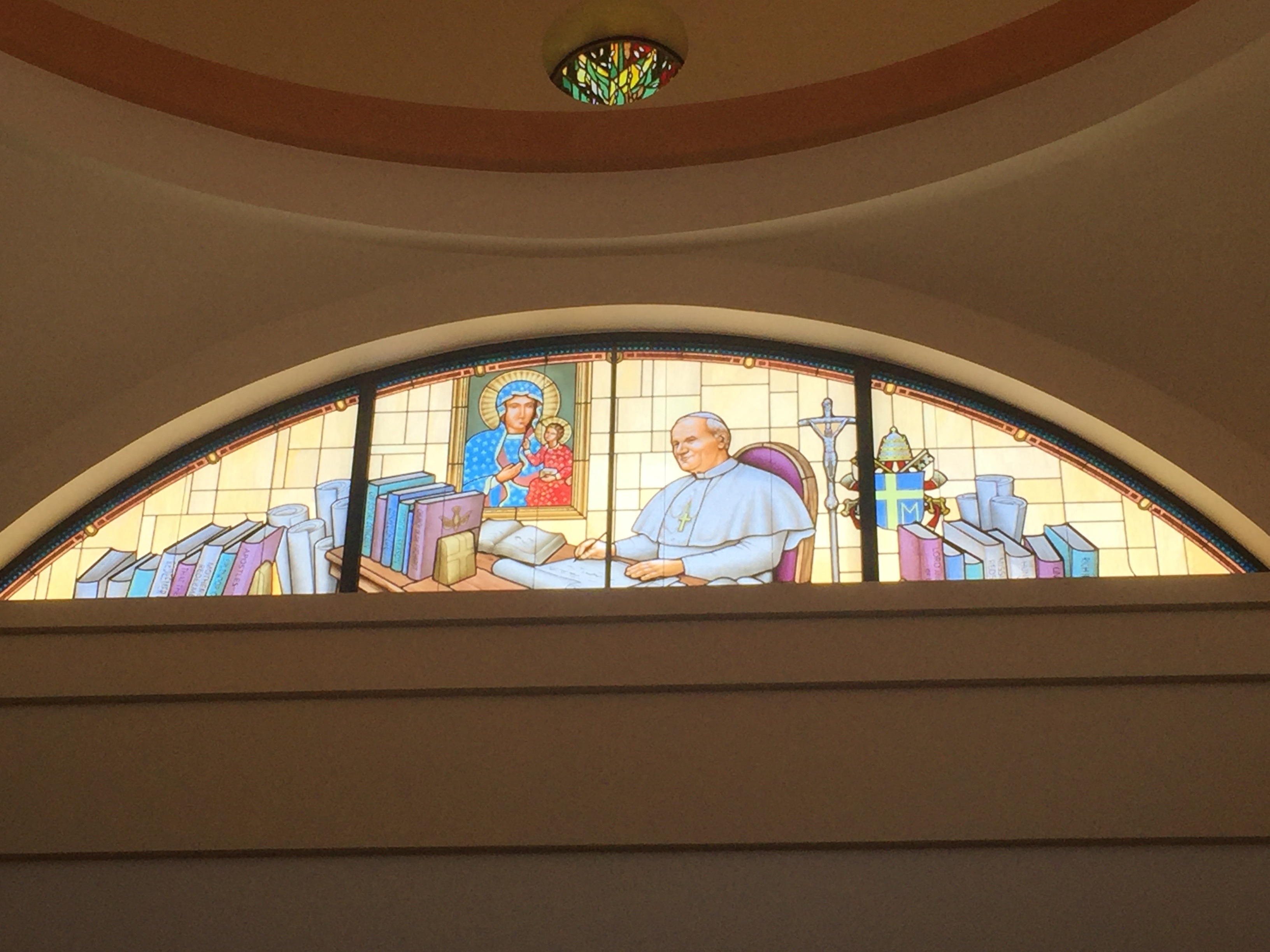 Following the installation of the main window, we created the rest of the stained glass windows for them that are now installed throughout the Nave and Sanctuary of the Chapel.  We also performed some decorative painting and stencil design work for them to help beautify their chapel.  The Phoenix Diocese has been a wonderful contact for Daprato Rigali over the years, and is a sometimes nice respite from the Chicago winters.

There are 14 other windows throughout the Nave, each depicting the life and theme of a Catholic Saint.